Strong US Economy Heading into Q4 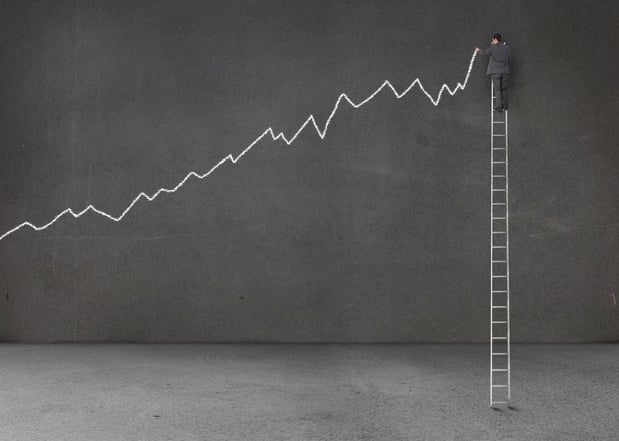 In July the Dow hit a record high of 22,000 and it continues to climb as 2017 rolls on. While the stock market is volatile and influenced by many factors, the Dow's continued growth is one sign that the economy is strong. Here are a few other key indicators that are looking up as the US heads into Q4, indicators every employer should be familiar with.

The jobless rate hit 4.2% in September and could be on track to dip below 4% in the near future (the last time that happened was in December 2000). According to the Bureau of Labor Statistics, the biggest gains in jobs are in the professional/business services, transportation/warehousing and education/health industries. Thanks to stable commodities prices (i.e. raw materials like crude oil and metals) and consumer purchases of homes and durable goods, the mining, construction, transportation/warehousing industries have growing payrolls too.

Looking ahead, rebuilding in parts of Texas, Florida and the Gulf Coast after severe damage from Hurricanes Harvey and Irma are likely to add to construction employment and spending growth. Further, the leisure and hospitality industry lost 111,000 jobs in the immediate aftermath of the hurricanes.  According to The Balance, “this sector usually adds at least 20,000 to 30,000 positions a month. They were hit hard by the hurricanes. Most of their workers are hourly employees. If they can't go to work, they don't get paid. The Bureau of Labor Statistics counts that as a job loss. All those who return to work will show up as a gain in the October jobs report.”

America’s Gross Domestic Product (GDP) is another key indicator of economic health, and in the second quarter of 2017 it hit 3.1% "Personal consumption expenditure" makes up 70% of the GDP so it’s critical to look at how much Americans are spending on things like homes, durable goods, non-durable goods and services.  Even though wages have risen less quickly than employment rates have in many industries, inflation is down and consumers are spending. For example, in August the Fed reported Real Personal Consumer expenditures on durable goods at $1,689.8 billion, which is up from $1,638.2 billion in January.

The Consumer Confidence Index for September is 119.8, slightly down from 120.4 in August; but, overall confidence is still strong. Erin Gibbs, portfolio manager at S&P Global recently told CNBC, “if the consumer confidence index stays on trend, consumer spending as well as the consumer discretionary sector could see a bump in the fourth quarter.”

Another measure of consumer behavior, the University of Michigan’s Surveys of Consumers also reports consumer resilience despite several factors that could have negatively impacted spending including partisan politics, international relations and the recent hurricanes. Even so, the Surveys say “consumer expenditures are expected to increase by 2.6% in 2017 and in the first half of 2018.”

Trade Deficit Down, Exports Up

Economists disagree on the impact the trade deficit has on the nation’s economy, but some feel that a prolonged deficit negatively effects currency value, interest rates and job rates. Jared Bernstein, a senior fellow at Center on Budget and Policy Priorities says in the New York Times that “persistent trade deficits reflect a structural problem of fewer goods being produced in the United States.” Less domestic production could signal fewer workers needed for production, less wages earned and spent and a weaker economy overall. However, it’s worth remembering that trade patterns don’t necessarily break down overnight, so keep an eye on long-term trends too.

Writing in Fortune in August, Lisa Fu notes the trade gap decreased 5.9% to $43.6 billion, the lowest level since October 2016. Fu says, “in June, real goods exports surged to an all-time high of $126.9 billion in June, buoyed by record high petroleum exports … [and] exports of goods and services increased 1.2% to $194.4 billion, the highest level since December 2014. There were increases in exports of capital goods, food and motor vehicles.”

How do we know if domestic production and exports will keep increasing? Rising employment numbers, especially in mining and manufacturing, are a major indicator. In manufacturing in particular, “factories are more likely to add workers as soon as they have the orders in hand. That occurs months or even years before the order ships,” says Kimberly Amadeo on The Balance. So when manufacturers hire they’re looking ahead, production is going up and that contributes production for export (as well as domestic sale and GDP in general).

What’s the bottom line? The economy is growing and it’s a good time for American businesses. At Horizon Payroll Services we’re ready to help your business take payroll, human resources and workforce management to the next level.